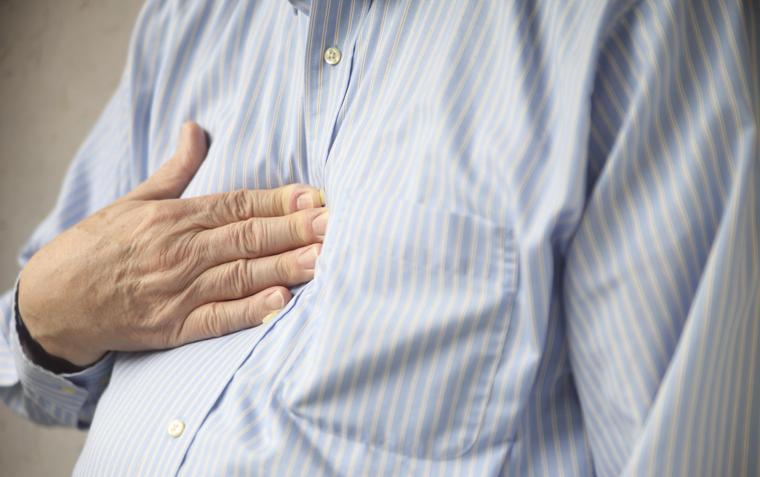 Esophageal cancer is among the most deadly of all cancers. Unfortunately, once it has been diagnosed, frequently it has already spread to the lymph nodes, liver, lungs or bone. If the cancer has spread in this manner, even with treatment, there is only a 5% chance of survival beyond five years.

Although half of all people diagnosed with adenocarcinoma of the esophagus do not complain of reflux, we do know that having acid reflux is a strong risk factor. According to large studies, patients with weekly GERD symptoms have five times greater risk of developing esophageal cancer, whereas daily symptoms of GERD increase the odds of getting esophageal cancer sevenfold.

According to guidelines from the American College of Gastroenterology and others, males with chronic heartburn or acid regurgitation for more than five years and/or frequent (weekly or more) heartburn and two or more of the following should be screened for Barrett’s esophagus with upper endoscopy—those over 50, Caucasian race, presence of central obesity, current or past history of smoking, and a confirmed family history of Barrett’s esophagus or esophageal adenocarcinoma.

Most patients with GERD and Barrett’s will not develop adenocarcinoma of the esophagus. The risk, in fact, is very low, but knowing that there is precancerous change beforehand can lead to medical, endoscopic and surgical treatments that can be lifesaving. At least half of all who people who present with esophageal cancer will come to medical attention after they have developed difficulty swallowing. This is a symptom that should not be ignored, but is a late finding in this disease.

By not ignoring symptoms, using upper endoscopy to screen for Barrett’s esophagus in higher-risk people, and maintaining a good weight, we are hopeful that we can do more to prevent this deadly disease.

Dr. David Limauro is a Board Certified Gastroenterologist in private practice serving patients in the South Hills and city of Pittsburgh, including St. Clair and UPMC Mercy Hospitals and South Hills Endoscopy Center in Upper St. Clair. Dr. Limauro and his family reside in the North Hills.