Esophageal cancer is cancer that forms in the esophagus, the approximate 10-inch long tube that passes food from the mouth to the stomach. There are 2 types of cancer associated with the esophagus:

1. Squamous cell carcinoma: this form of cancer begins with the flat cells that line the surface of the esophagus with the most common causes being smoking, drinking alcohol or hot drinks and a poor diet (i.e. eating few fruits and vegetables).

2. Adenocarcinoma: this form of cancer begins with the mucus secreting cells, typically in the lower portion of the esophagus with the most common causes being smoking, obesity and gastroesophageal reflux disease (GERD). 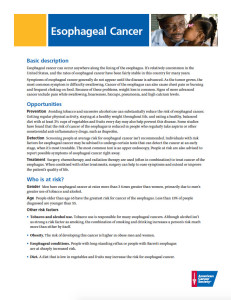 courtesy of the American Cancer Society 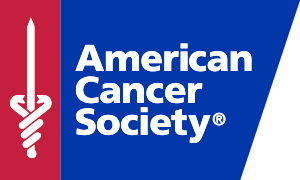