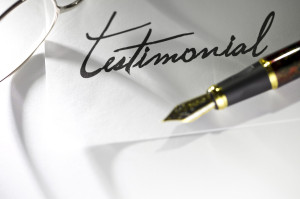 A New Life without Pain

For decades, I have suffered almost constantly from heartburn (technically called “acid reflux”). Often, I felt as though I was having a fire in my stomach or esophagus or even a heart attack. I slept with the upper half of my body at a 45-degree angle. Often, I would wake with burning pains and fail to drop back asleep. Life was really miserable.

I went to see numerous GI doctors ­ including the one with the best reputation in the County. All of them prescribed various pills. I took those pills along with others and obtained some relief. That great relief promised on those colorful TV heartburn ads never happened to me.  Read more…

As a kid growing up, starting at the age of 9 in 1980, I started to get this burning sensationin my chest and throat. I thought it was normal. I remember telling my Dad about it and he gave me Rolaids. Interestingly, he seemed always to have Rolaids on him. Thinking back, he probably suffered from recurring heartburn as well.

I would get heartburn at least twice a week, every week and this continued through my teens. It did not matter what I ate or drank – meat, seafood, salad, even water – the burning sensation would occur. In college, it got to the point that I was taking 20 Rolaids or Tums every day.

Once the new, more powerful drugs to control these symptoms were created, I switched to taking Protonix every couple of days. This lasted for an additional 5 to 6 years. It was about this time that I had had about enough of going through this ongoing discomfort. Keep in mind, I have never been overweight, I am a non-smoker, I am very active and keep reasonably fit. Read more…

As a patient of Dr. Wilson Tsai, I have only the highest praise for his work.  I had a successful and complication-free Fundoplication by him on May 26, 2015.  I would recommend him to anyone! – Richard D.

I recently lost my brother to esophageal cancer due to unawareness of the outcome from symptoms he was experiencing. I have lived with the same symptoms for years and have learned to live with the symptoms taking pill after pill with no results or hope for change. My symptoms had increased to the point where i was having a difficult time trying to eat abdominal pain, and acid build up so bad that I was unable to sleep laying down. I had seen every Specialist I could get my Primary Physician to send me to and was told the same thing every time, ” take one to two pills before meals”. I had given up until God pointed me into the path of Dr. Tsai. I have never experienced a Physician that genuinely cares about his patients, adjusts his own schedule for his patients needs ( I live 900 miles away) and takes the time to explain what I was experiencing. He performed lap nissen surgery on me and I now am able to live a normal life. Thank you for your outstanding commitment to patients and going above and beyond your duty as a Physician!!!

April 15, 2013, Income Tax Day. For some, a dreaded day, for us it was an average day. My husband, Ron was scheduled for a routine Endoscopy at John Muir Medical Center, Walnut Creek, with Dr. David Wong, GI. Little did we know this would become one of the most difficult days in our lives.

I was on my lunch break, when I received the dreaded phone call from Dr. Wong, “We found esophageal cancer!” I have a hard time recalling what came immediately following that phone call. I was driven by a coworker to the hospital and met with the recovery nurse. My husband handled this news better than I did. It was explained to us, that a “team” of doctor’s was being put together and we would receive a phone call in the next couple of days to be scheduled with Ron’s physicians. Dr. Shoba Kankapati, oncologist, called me personally. I’ll never forget hearing her children in the background as she explained the treatment plan for chemo and radiation that would soon become Ron’s care plan. That was so comforting to know she was so available. Read more…

I wish to thank Dr. Wilson Tsai for changing my life!

I have been a GERD patient for about 10 years.  My symptoms started as occasional heartburn and chest pain and steadily grew to an almost daily occurrence of moderate to severe pain and discomfort, especially over the last few years.  This condition affected every aspect of my life.  I could not travel easily since taking long trips in cars or planes would mean that I would be sitting for long periods of time.  Sitting for prolonged periods of time made my symptoms worse. I was continuously missing out on family events, work obligations and my quality of life was suffering greatly. Most alarming of all was my symptoms were always accompanied by chest pain and I lived in constant fear that the symptoms could also be related to coronary artery disease.

I sought treatment early for my condition and had been on some type of medication for ten years. PPI’s, antacids, home remedies, pain meds, changing my diet…  I think I must have tried every prescription and non-prescription treatment to control the reflux and nothing seemed to work.  I have seen multiple Gastroenterologists and other physicians who basically had told me that I would need to live with his condition and that there was basically nothing else that could be done. Read more…

I am 34 years old and had been dealing with heartburn for about 15 years before going to Dr. Tsai’s heartburn clinic.  Before seeing Dr. Tsai I had no idea that heartburn could cause cancer.  For many years I had seen several Gastroenterologists that would prescribe me PPI’s for my heartburn and told me to change my lifestyle and I would be fine.  Never did they ever mention once to me that it could cause cancer.  My heartburn finally got to the point that I was being woken up by it in the middle of the night with severe burning and vomiting and pain so bad in my chest that I could not lay back down.

After a few sleepless nights I had a consultation with Dr. Tsai.  He sent me for a series of tests and the results were shocking.  I was on the path to Barrett’s Esophagus, which is pre-cancer.  At 32 years old I could not believe what I was hearing and was very upset that all my previous doctors brushed it off as nothing and just suppressed it with medications.  Little did I know that suppressing the problem does not make it go away, it is only making it worse in the future.  It also scared me knowing how many of my family members and friends were suffering with the same symptoms. Read more…

Before I came to Dr. Tsai at his heart burn center I was extremely uncomfortable and in a lot of pain. Because of Dr. Tsai’s expertise and knowledge he was able to diagnose my problem and informed me of all my treatment options. He made me feel extremely comfortable and safe in his care by taking his time to explain everything and answer all my questions. After he operated on me my quality of life increased very much. All my previous symptoms are now gone and my Barrett’s esophagus has gotten better and I no longer have to worry daily about taking pills or about my esophageal health. I highly recommend Dr. Tsai’s heart burn clinic because of his great staff as well as Dr. Tsai’s expertise in his specialty